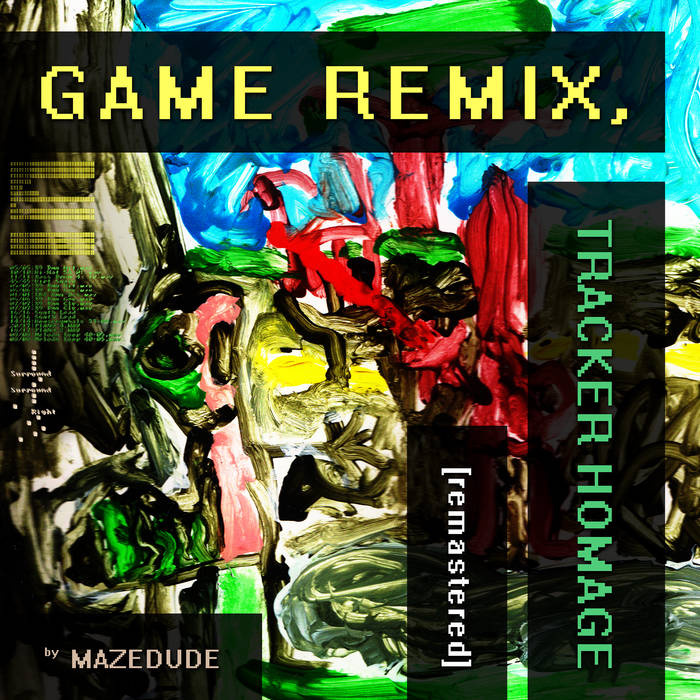 phronemophobia It's a "Best of" from arguably the greatest ReMixer of OCR. What's not to love? Favorite track: Zombies Ate My Tracker (From "Zombies Ate My Neighbors" | Homage to teenage Mazedude).

Some time ago, I had an idea. See, these past few years I’ve been learning more about music production, getting better at the craft in terms of EQ, compression, mixing, mastering, reverb, etc. My gear has also significantly improved over what I used to have. Along the way, I’ve been thinking: hey, wouldn’t it be cool if I put my video game remixes – that simultaneously are homages to trackers that I grew up with – into a singular collection?

And wouldn’t it be cool if I remastered them first, so that they’d sound a bit more polished? Cleaner? More professional? I mean, a lot of these tracks were originally assembled and mixed a LONG time ago…

What you see here is just that. Most of these remixes have been completely rebuilt from their original release, painstakingly deconstructed into new layers via Schism Tracker, and ultimately re-mixed and re-mastered in ProTools. (Some of my more recent works, as well as the pieces from American Pixels, are the same as their original release.)

Enjoy! Many of these are among my personal favorites as an arranger and remixer, and I hope you’ll agree that they sound good together. This doesn’t include every single tracker homage I’ve ever done, but it’s most of them!

Sagat’s Moonbike is an homage to "Donovan's Moonbike" by Radix

Tangerine Fever is an homage to "Tangerine Fascination" by Necros

Turtle Wave is an homage to "Nine One One" by WAVE

Space Garden is an homage to "Space Bar" by Virgill

Tanglesleep is an homage to "Winter's Dream" by Necros

Big Sister Matti is an homage to "Matti's Theme" by Xerxes

More than MoN is a general homage to the style of Maniacs of Noise (WAVE, Laxity, Drax)

Purple Streets in an homage to "Insideout" by Purple Motion

Jackrabbit Transformer is an homage to "Carpe Diem" by Siren

Switch Force Ballad is a general homage to the style of Radix, or rather his newer work under the artist name Mosaik

Super Double Espresso is an homage to "Over Reacted" by Norfair

Zapper’s Freedom is an homage to "Late Shift" by Zapper

Alone With Tiger is an homage to "Alone" by Mick Rippon

Martian Commando is an homage to "Martian Lovesong" by Necros

Retrohead Five is an homage to "Ninja Philosophy" by Basehead

Parasite X is a general homage to the style of Xerxes

Agent Sprawl is an homage to "Agent Zed" by Laxity

Read the Sine is an homage to "Stranglehold" by WAVE

And while it's difficult to find current websites for many of these tracker folks, I was able to find a few:

A few other notable links:

Read the Sine: Original theme "Welcome to Our Town!" composed by Nobuo Uematsu

Quelle Chris joins the show to discuss his most recent release, "DEATHFAME"