from The American Album by Mazedude 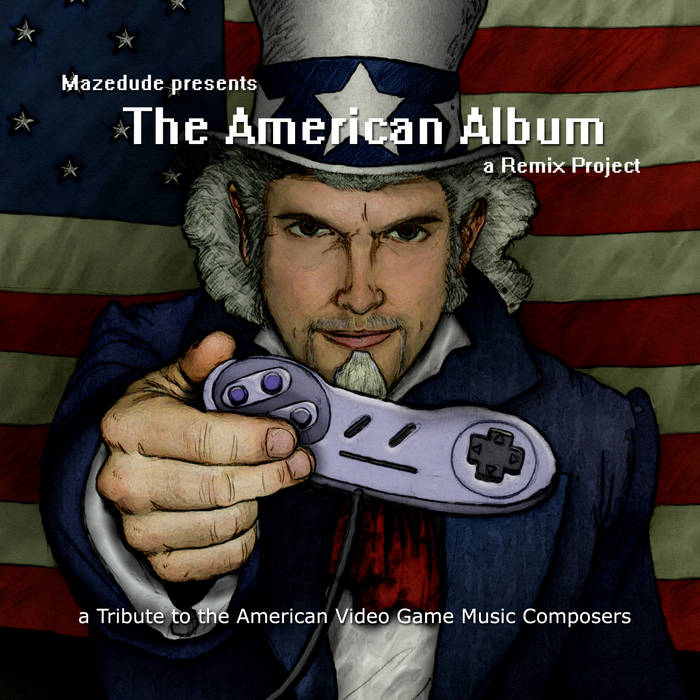 This one took a lot of tries to get right. Probably because it was the last remix I made for the album. After several stylistic attempts that just didn't work, it occurred to me that this would be the perfect piece with which to goof around with wacky time signatures. The original was written in basic 4/4, but the melodies were played sporadically, with lots of quarter note triplets and other strange things that just didn't quite line up with everything else right, so I just took that idea and ran with it.

Originally I wasn't going to go industrial with this... but it just sounded so good! I kept with the original 7th Guest flavor though (piano, congas, muted trumpet, etc).

You may remember the microscope puzzle as being a direct clone of the NES "Cool Spot" game - a mutant version of Othello. And one of the most frustrating puzzles in the game, I might add. Oh yeah, and I also mingled "Cake Music," "Dolls of Doom," "Coffin Dance," and more songs from the game into the mix. :)

Kudos to anyone who can figure out the time signature.

from The American Album, released November 14, 2005
Remix from the game The 7th Guest
Original compositions by George Alistair Sanger, aka The Fat Man