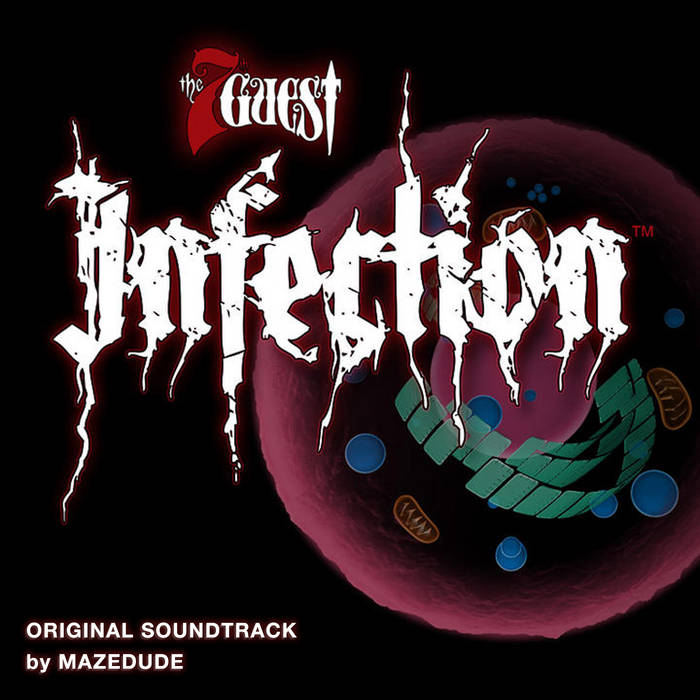 I am very pleased to showcase my original work on The 7th Guest: Infection soundtrack, a game originally released on April 21, 2011. When Trilobyte Games approached me with the project, I was honored, and well, it also made a lot of sense. I'd already shown familiarity with the original 7th Guest music (by George "The Fat Man" Sanger) via my remixes, including the microscope puzzle music that I'd arranged in George's honor as part of The American Album (mazedude.bandcamp.com/track/microscopism). They'd also showcased a different 7th Guest remix of mine in the end credits on the iPhone/iPad re-release of The 7th Guest, so, we'd already had a rapport.

That said, from a compositional standpoint, I wanted to feature the same elements in the music that the area of the original game featured... things like electricity, darkness, bones, etc... and also the elements that the puzzle itself invoked... things like a slightly disturbing virus play, a slick, moist, bubbly environment and movement style, and also a driving sense of intimidation and foreboding via the nasty AI on this one.

Simultaneously, for a puzzle that can take some time to finish, I wanted to give the music enough length and variety to accompany the gameplay, hence the shifting minor/major tonality, and the Myst-inspired ambient quality. And, since it's me, I had to make it weird, so, it's in 5/4 time.

To check out the game, visit the app store. To learn more about Trilobyte Games, visit their website at www.trilobytegames.com.